0
Home How to check battery fuse?

How to check battery fuse? 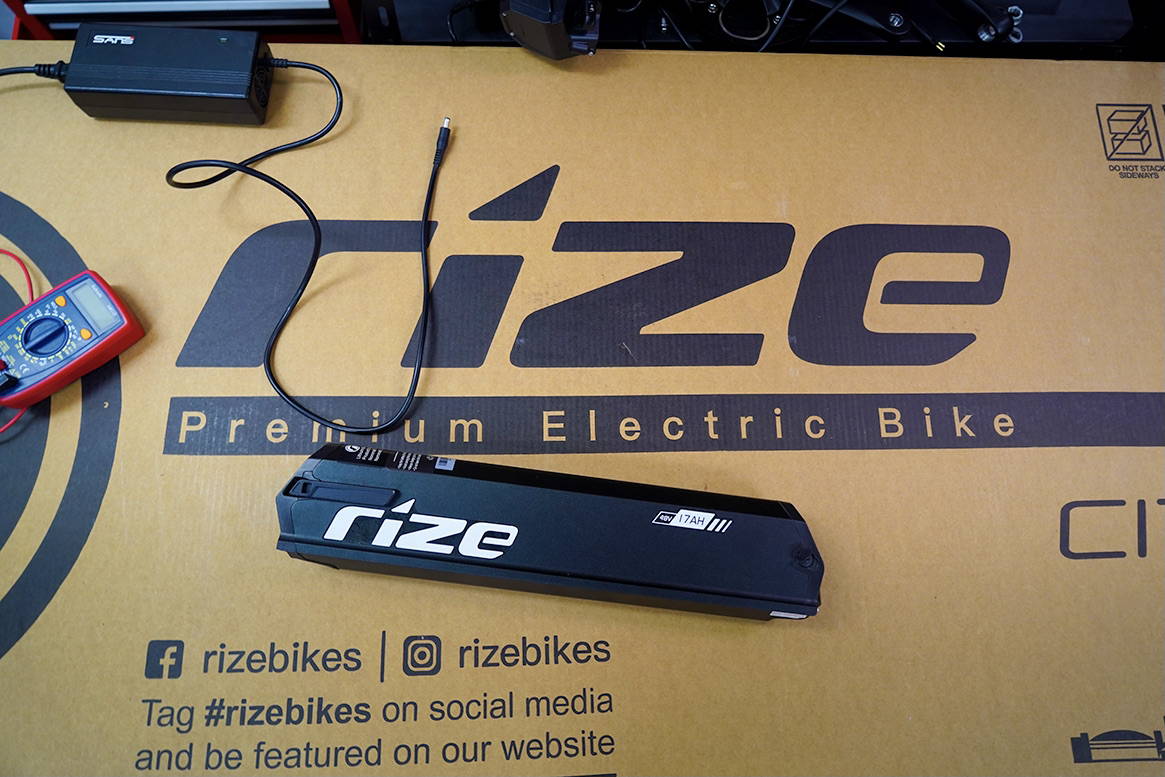 If you own an electric bike, there’s a very good chance you have an LG battery attached to it. This is because LG makes great batteries, and here at Rize Bikes, we have been retrofitting LG batteries to all of our electric bikes from day one. That being said, there is a chance your LG battery could stop working and refuse to budge at some point way into the future.

So what do you do if your e-bike battery stops working? Well, there are a few simple things you can quickly test to get to the bottom of your battery issues. In most cases, the issue will be merely a blown fuse, allowing you to replace the fuse and get your battery working in just a few minutes. Here’s how to do it:

What You Will Need

Now that you have everything in the above list, you’re ready to get started.

A) The battery is already fully charged.

B) Something is wrong with the input fuse (5 amps), probably burned.

C) The charger is defected.

You’ll need to use your voltmeter to determine if the battery is fully charged or working. To conduct a voltage test and ensure the output fuse is delivering power from the battery and working fine, turn the battery on its side, turn on the voltmeter to DCV or 200k ohms, depending on your voltmeter. Then, locate the positive and negative terminals on your battery located at the upper side of the battery. Insert the positive and negative leads of the voltmeter into the dedicated terminals. If the volt test meter reads somewhere around 54 volts that means your battery is working. If your voltmeter shows 0v, it is safe to assume that there is a problem with your output fuse, meaning the fuse is not delivering power from battery, and you will need to perform a fuse replacement.

You may also measure the continuity of fuse using the voltmeter. Simply turn the voltmeter to Continuity and place both leads on each side (prongs) of the fuse. If the fuse works, you will hear a beeping sound from the voltmeter.

If you have replaced the output fuse, do another voltage test on the battery. This time, the voltmeter should read at around 54 volts, depending on how much power is left in the battery. The important part is that now, the battery is showing voltage, which tells us that your battery is working fine.

Now that your burned fuse has been replaced and your battery is working again, you can return to using your electric bike. Plus, now you know how to replace your own fuse, so the next time your bike battery appears not to be working, you can troubleshoot and repair it even faster!

Watch this video for a step-by-step tutorial on how to do everything discussed in this blog post.

Replacing a broken fuse is a simple fix for a common e-bike battery issue. There might be other reasons your electric bike battery is not working, requiring a different fix. We will continue to update the Rize blog with more tips and tricks to keep your e-bike working as it should, so please follow along. Please also follow us on Instagram and Facebook. Thanks for reading!

You have successfully subscribed!

is added to your shopping cart.